Last October 30, 2021, the Quisumbing-Escandor Film Festival for Health (QEFF) successfully ended its first-ever virtual film festival with its Awards Ceremony. In collaboration with the Cultural Center of the Philippines (CCP), this hybrid event combined a live in-person production and virtual online audience and was the first of its kind for CCP. The event was hosted by Dr. Melfred L. Hernandez ΜΣΦ Batch 1994 and Dr. Alnette L. Tan, μΣΦ Batch 1992 and was attended by the film finalists, the organizing team of QEFF 4, as well as guests from all over the country.

From over 50 film and documentary submissions nationwide for this edition, the Best Film was awarded to Kevin Pison Piamonte for his short film “Solo”, while the Gawad Quisumbing-Escandor Grand Prize was awarded to Ram Estael Esteban for his documentary “Nasaan Sila, Nasaan ang Virus?”. Meanwhile, “Patient No. 45” by Marzeus Aur’c Alegre and “Feet Apart” by Dexter Paul de Jesus were declared as second and third runner-up respectively.

We would like to thank our filmmakers and their entire crew, our partners and sponsors, and the Brods and Sisses of the Mu Sigma Phi who worked hand-in-hand with us in telling the untold stories of Filipinos living through this pandemic. 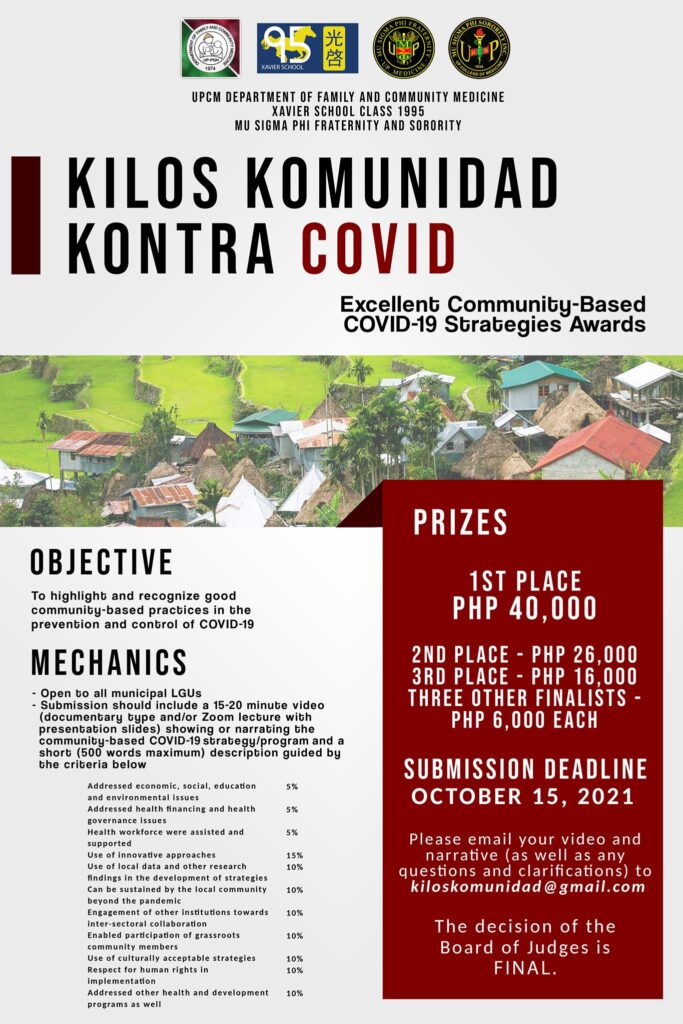 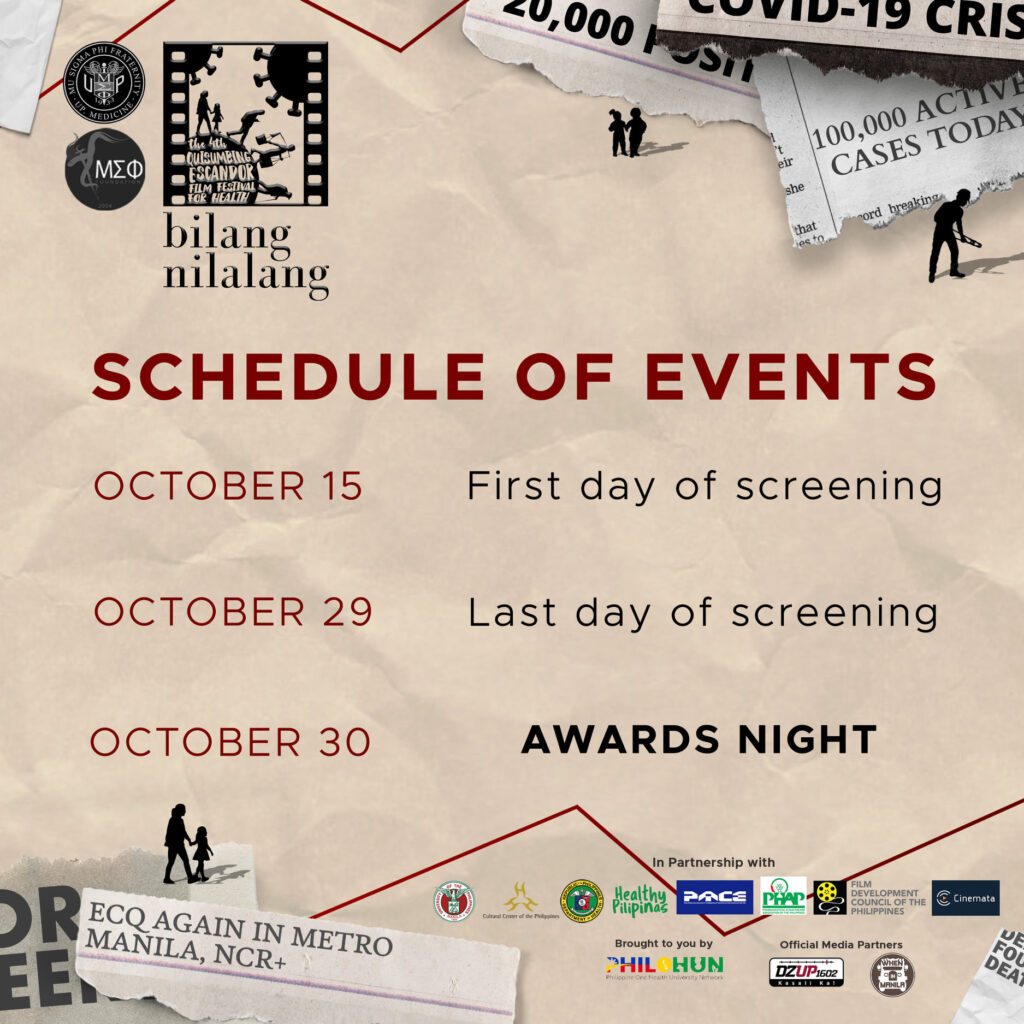